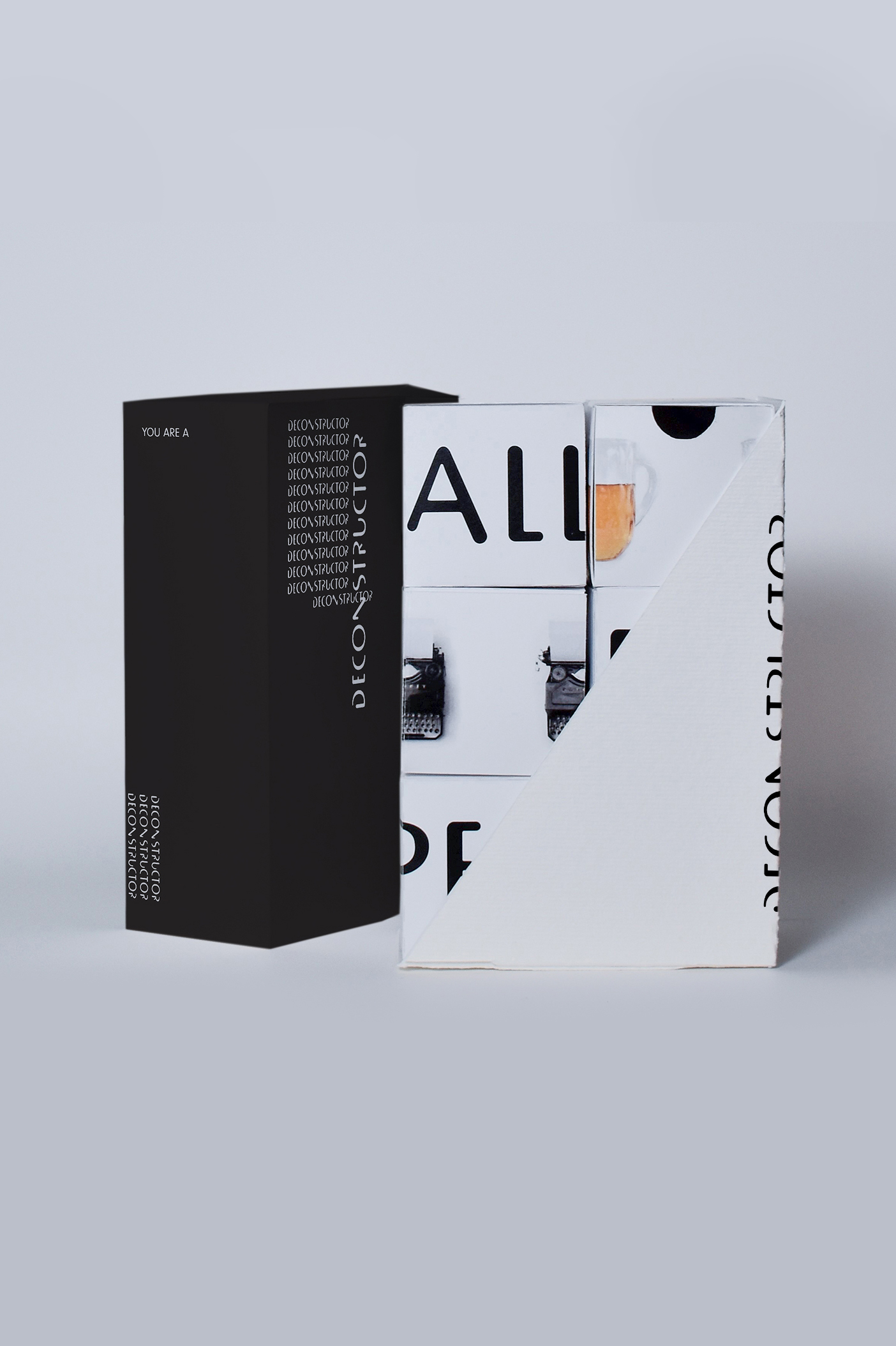 I believe it is in deconstructing the ways in which we act and create that we can better understand ourselves and the world around us. Not only does it help in understanding but it also encourages us to push the bounds as well as build and improve from past actions and creations. This movement invites us to do just that and allowed me the opportunity of playing with type.

Create an interactive game with six game pieces that teaches the player the key aspects of the Deconstructivism graphic design movement as well as a corresponding booklet that notes its history, key players and project examples.

This movement was present across multiple disciplines, including graphic design, architecture and psychology. Deconstructivism gets its name from breaking away from the norm, extending past the grid and the deconstruction of physical things as well as concepts and ideas. A few keywords I noted were “fluid”, “repeat”, “challenge” and “fragment”.

The outside of the cubes have one graphic while the inside has a poster version deconstructed which makes the player feel as if they have deconstructed the object on the outside when they open the cube. The game puts the player into the role of the deconstructor in this way. The graphics across the packaging and game pieces themselves also reflect the movement in it’s fragmented and re-combined state. For example, the cup of tea is broken apart into the steps that went into making the tea. Inside of every cube is a rectangular piece, cut from the cube, that when collected together spell out DECONSTRUCTION. 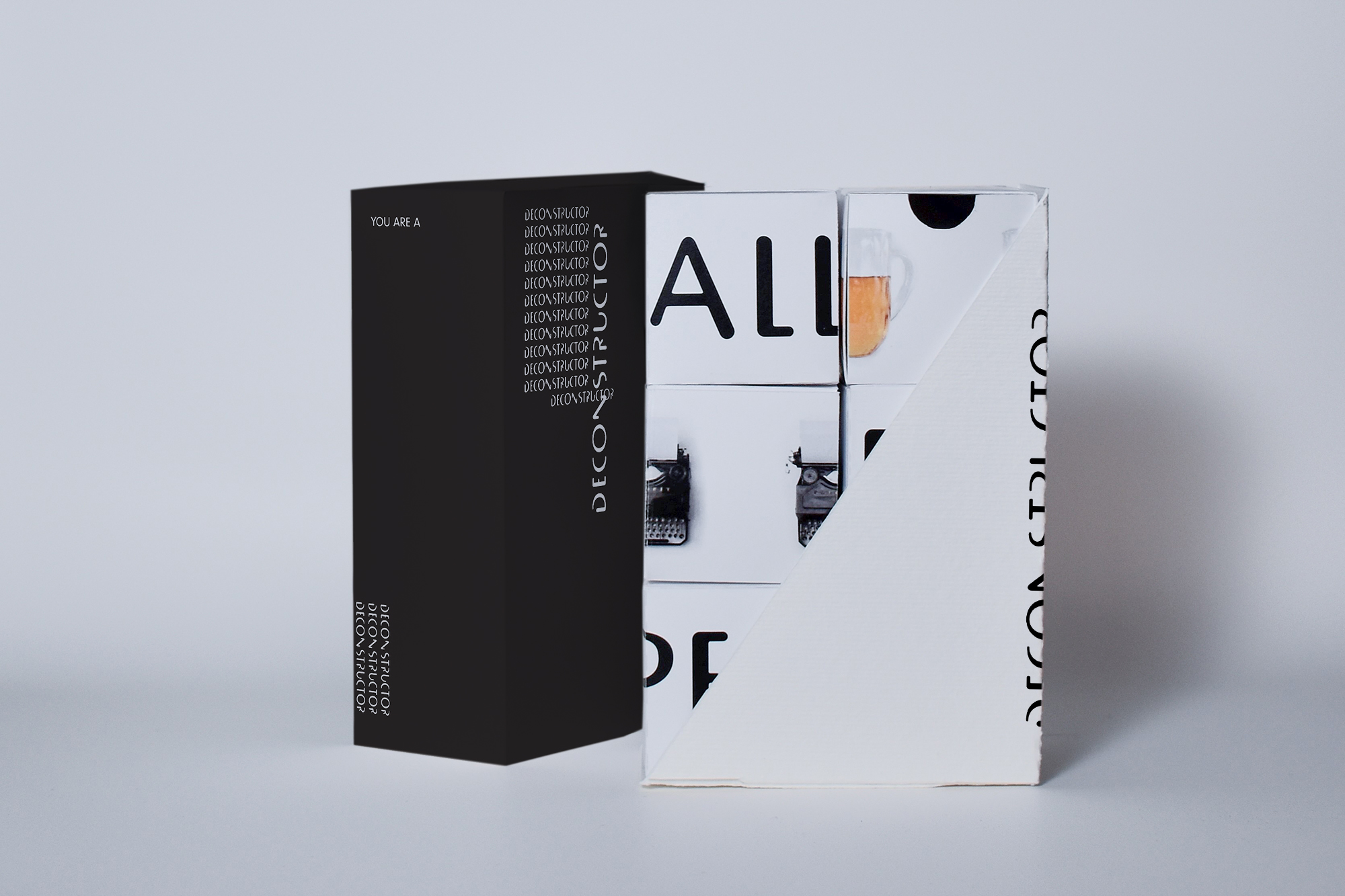 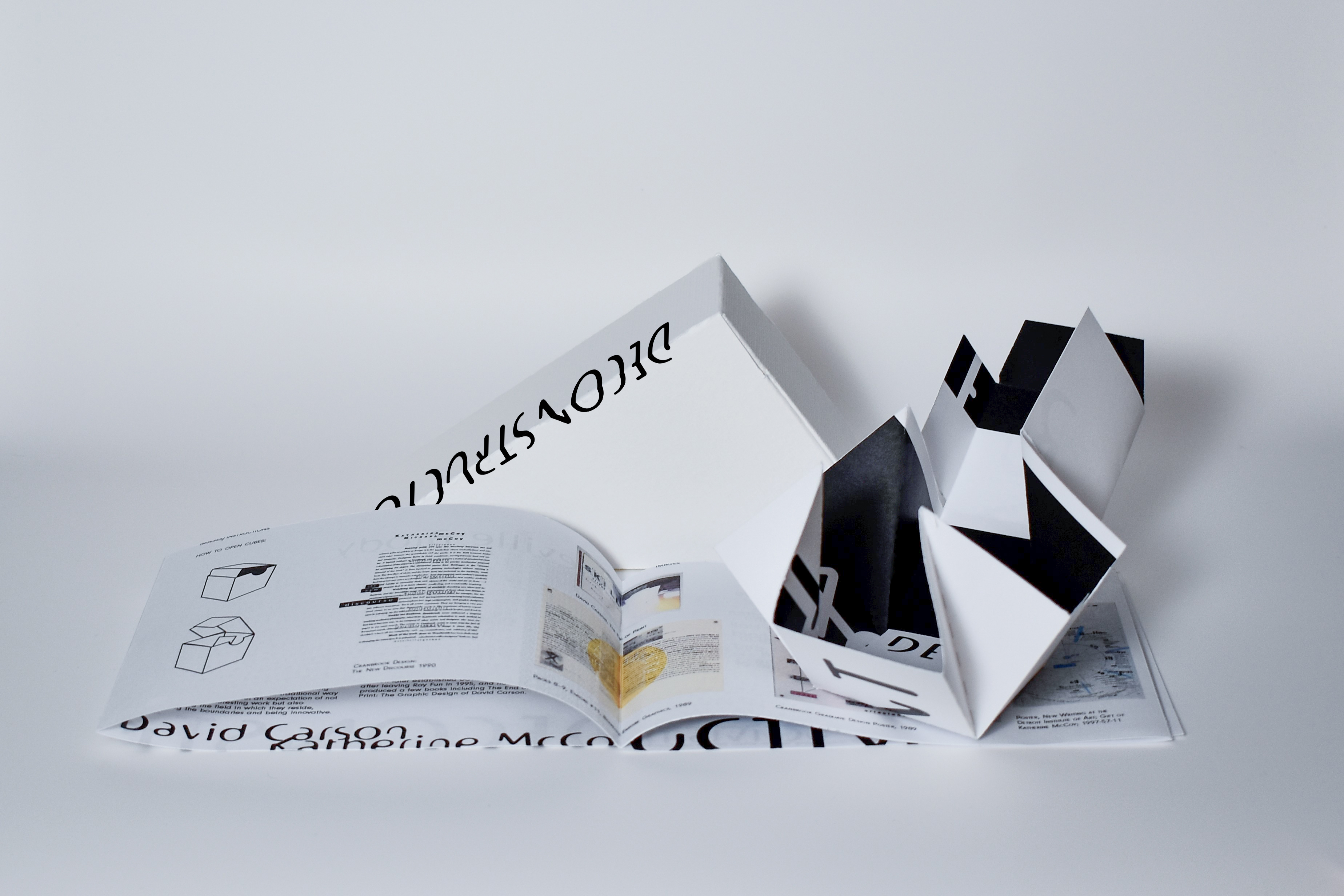 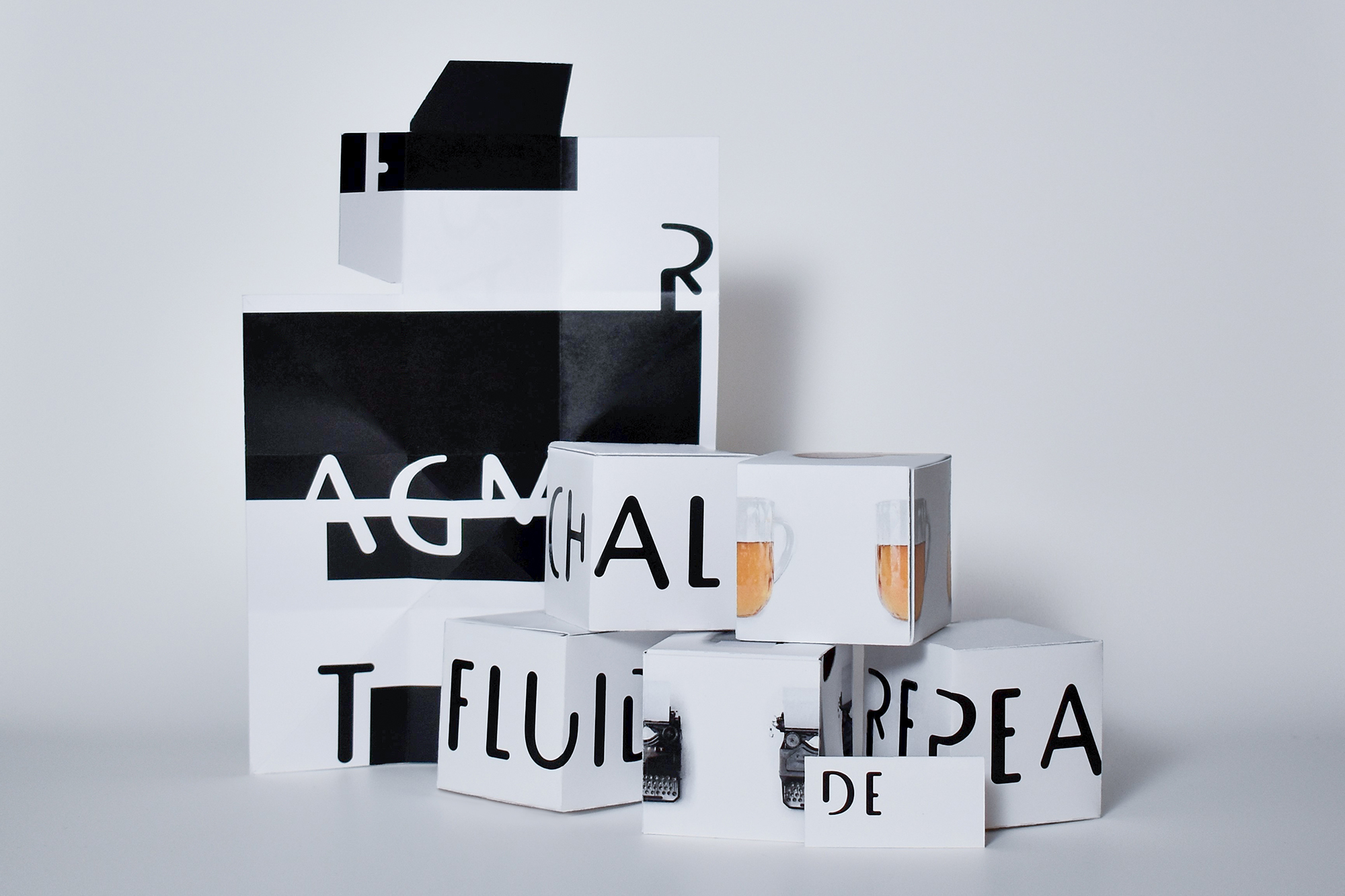 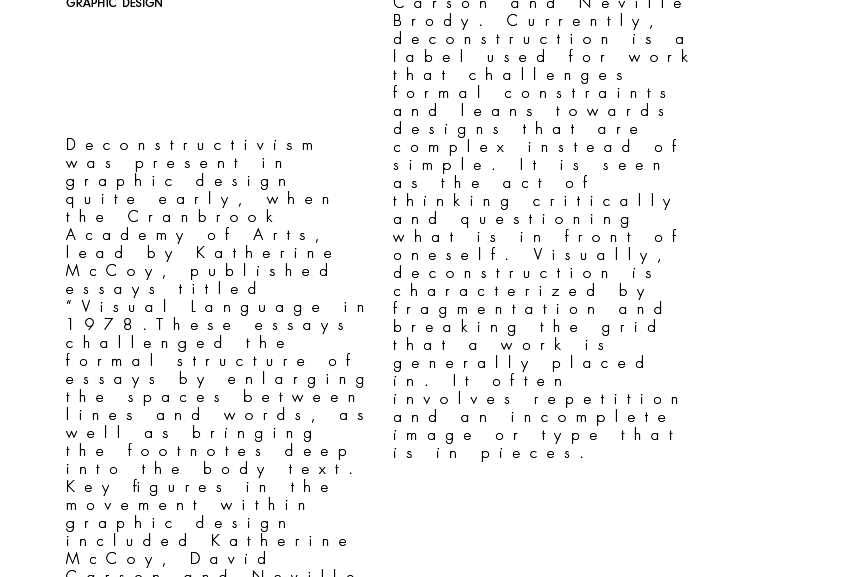 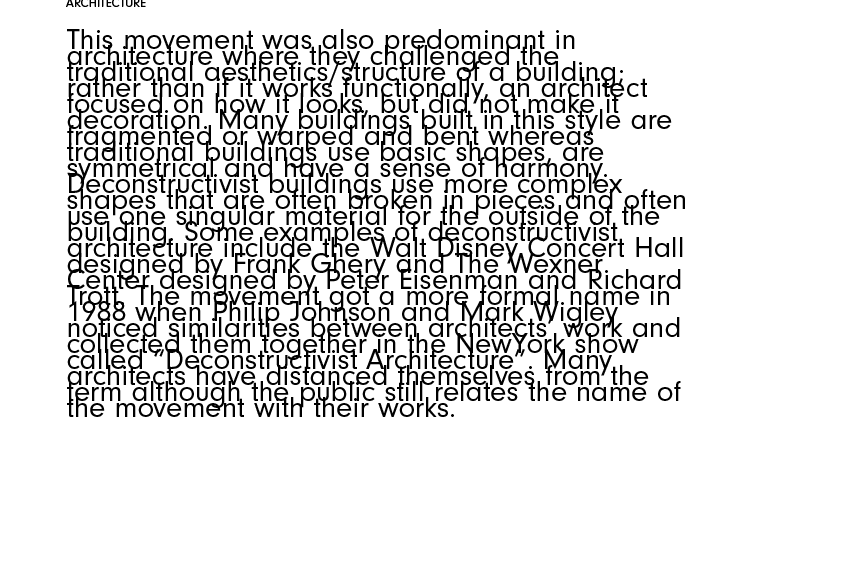 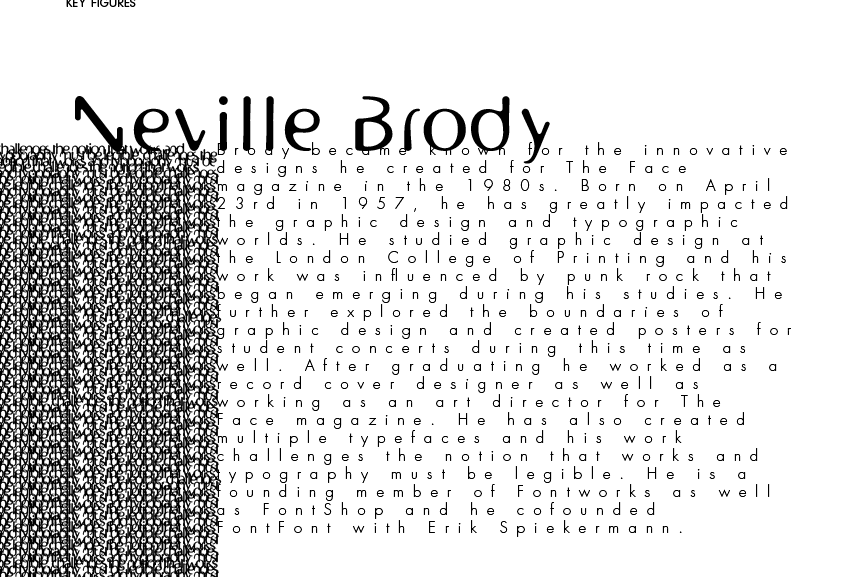 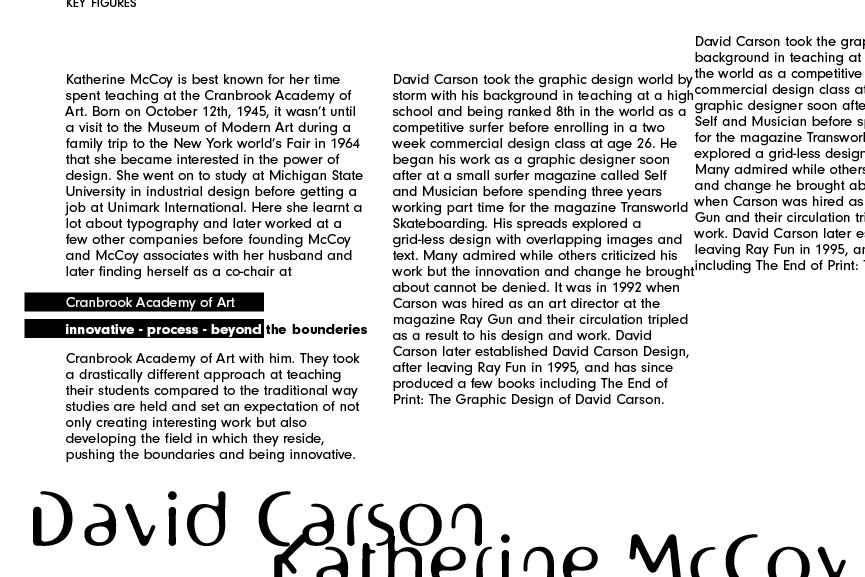 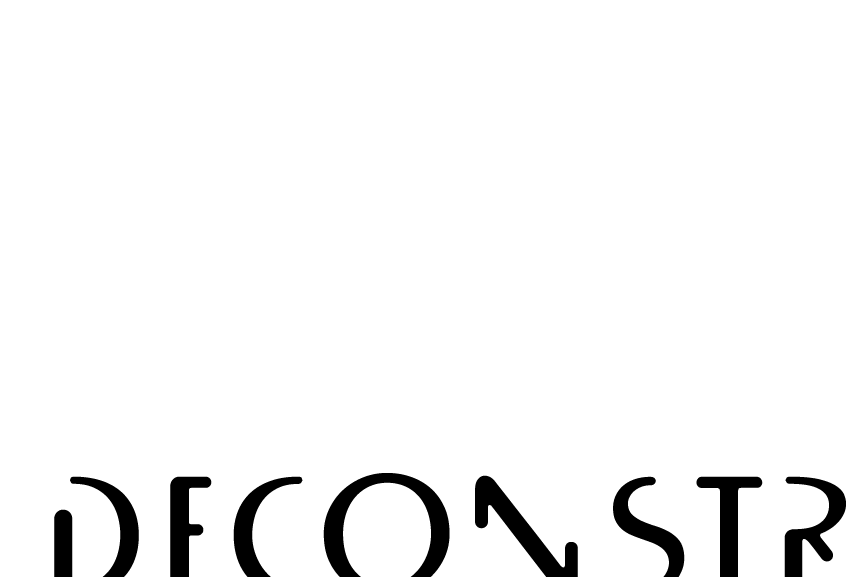 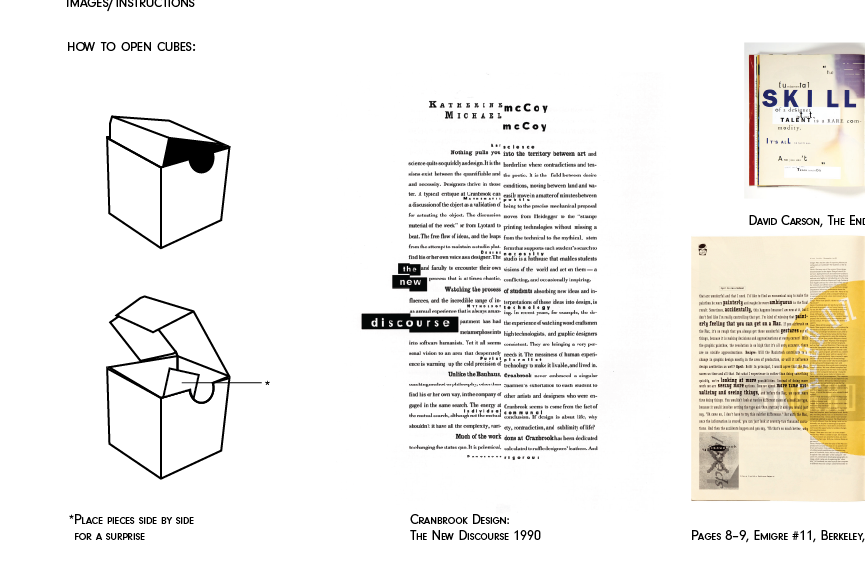 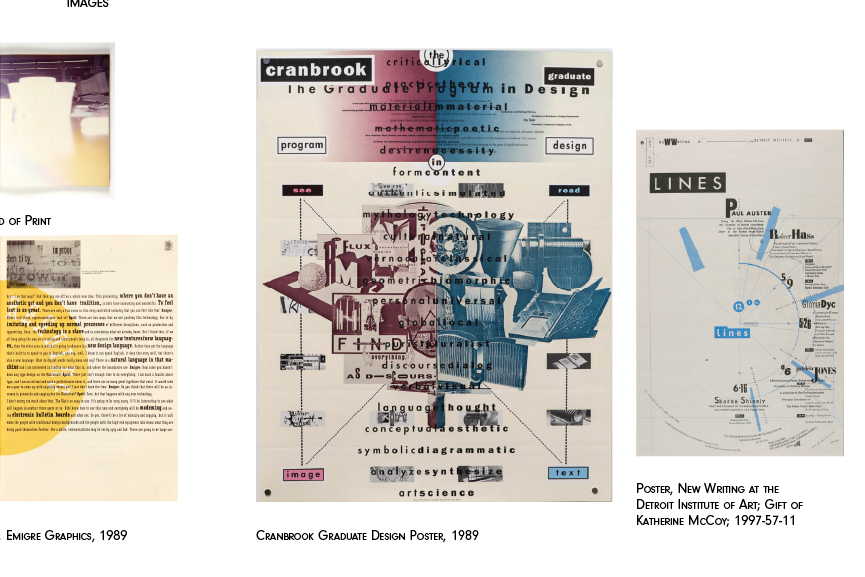 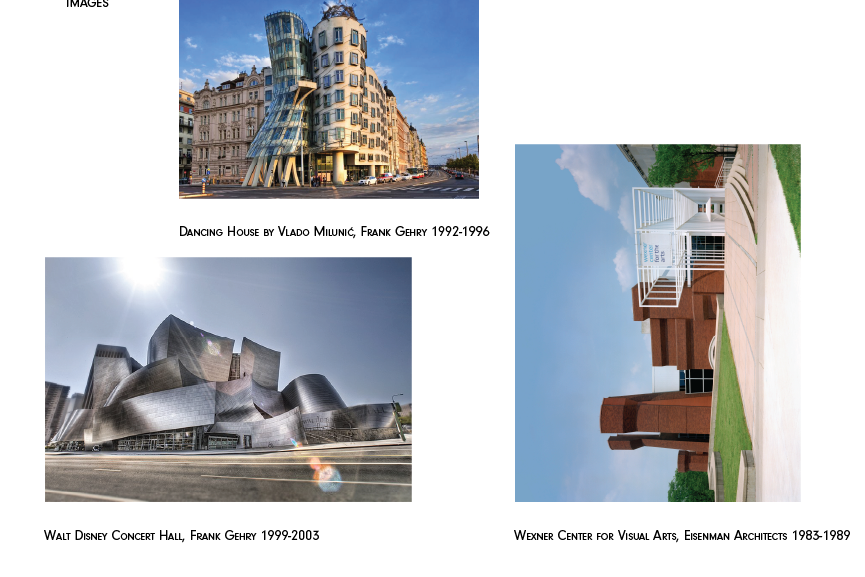 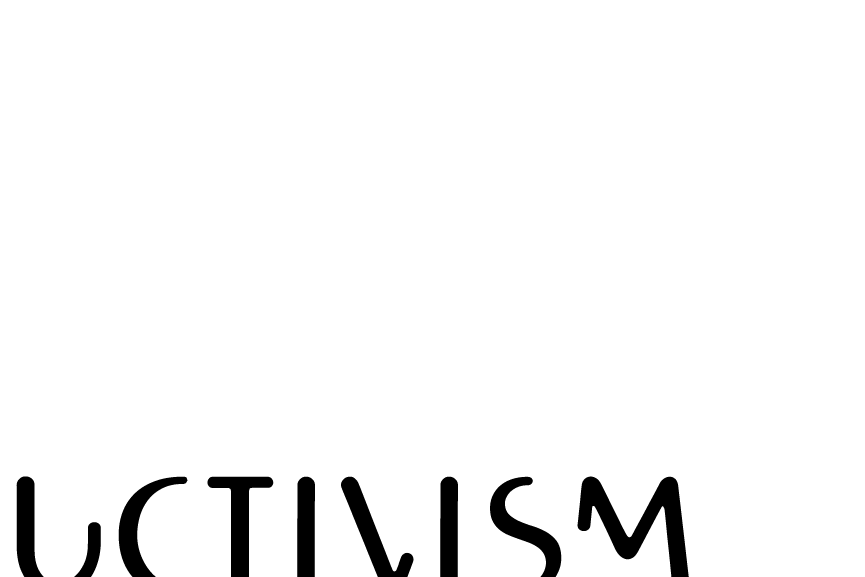